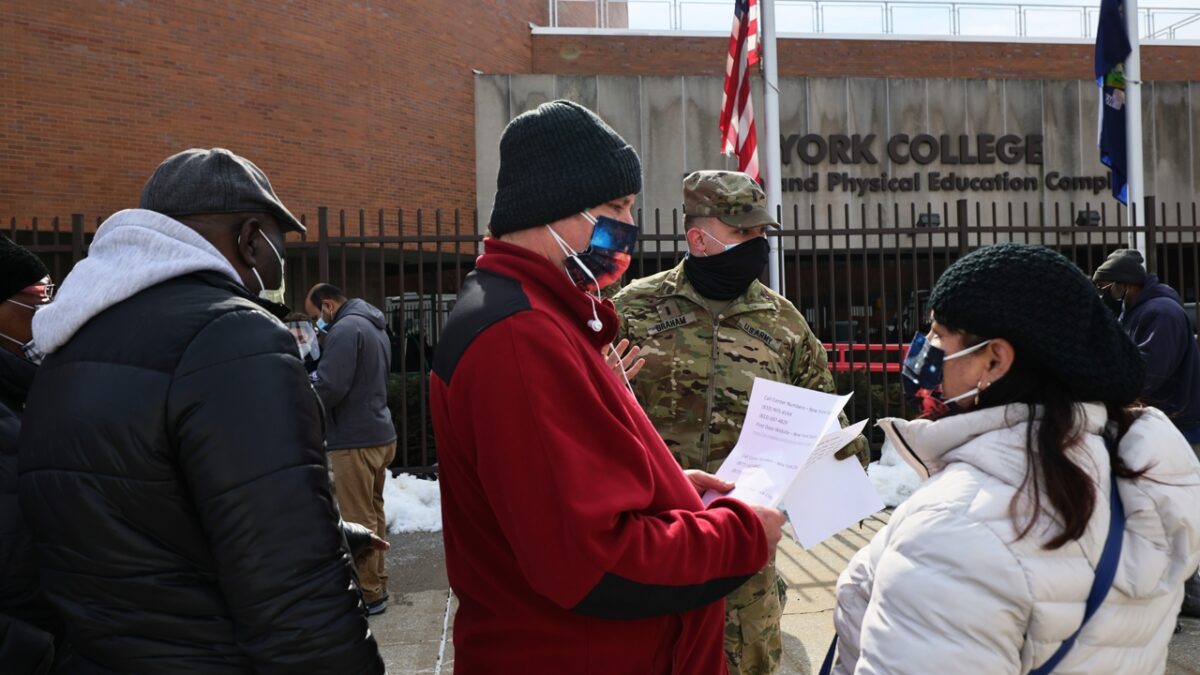 A pair of new studies show that an ominous new variant of COVID-19 is spreading rapidly in New York City, showing up in 1 out of 8 infections tracked in a scientific database.

The results are preliminary — neither study has been peer-reviewed, and one has not been made public — but scientists say that vaccines could be less effective against the mutation, and that it is spreading fast.

According to The New York Times, “The new variant, called B.1.526, first appeared in samples collected in the city in November. By the middle of this month, it accounted for about one in four viral sequences appearing in a database shared by scientists.”

That figure includes the South African variant as well, but both studies showed significant spread of the NYC variant:

[Caltech researcher Dr. Anthony West ] and his colleagues found two versions of the coronavirus increasing in frequency: one with the E484K mutation seen in South Africa and Brazil, which is thought to help the virus partially dodge the vaccines; and another with a mutation called S477N, which may affect how tightly the virus binds to human cells.

By mid-February, the two together accounted for about 27 percent of New York City viral sequences deposited into the database, Dr. West said. (For the moment, both are grouped together as B.1.526.)

The Columbia University researchers took a different approach. They sequenced 1,142 samples from patients at their medical center. They found that 12 percent of people with the coronavirus had been infected with the variant that contains the mutation E484K.

One expert the Times spoke to, Rockefeller University immunologist Dr. Michel Nussenzweig, told the paper that he’s more worried about this mutation than the variant that’s currently spreading in California.

“It’s not particularly happy news,” Dr. Nussenzweig told the paper, “But just knowing about it is good because then we can perhaps do something about it.”

PreviousPrevious post:Doctors warn that Covid will become endemic and people need to learn to live with it
NextNext post:‘U.K.’ variant of COVID-19 up to 100% more deadly, study finds